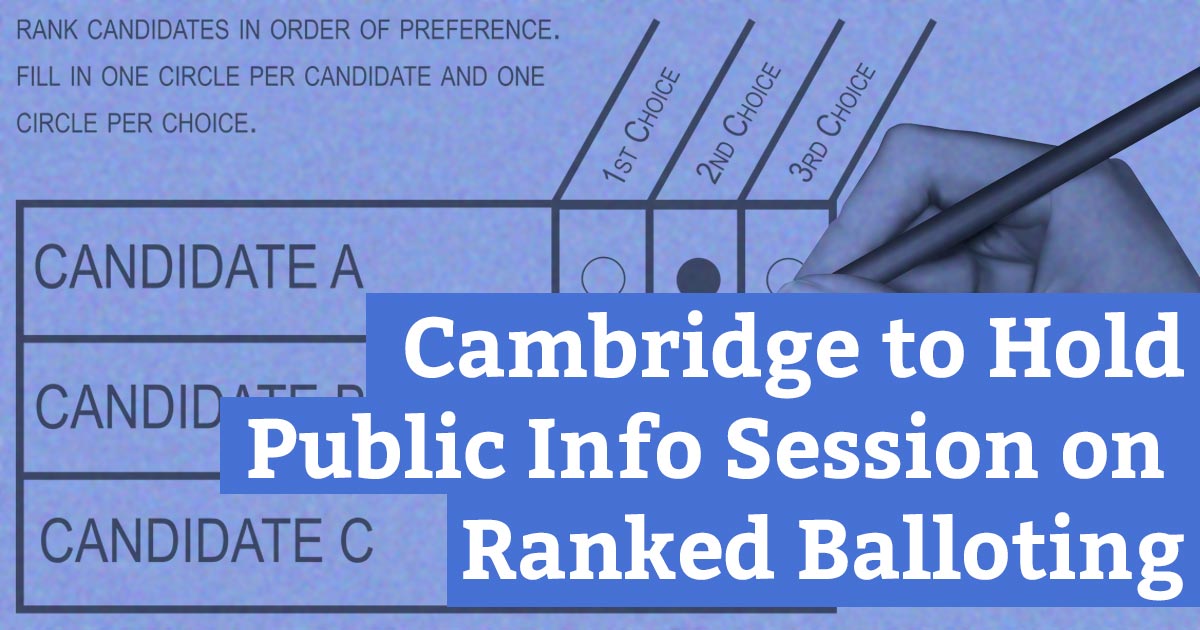 The City is holding a public information session on the possibility of using of ranked ballots in the 2022 municipal election. The session will be held this Wednesday, September 13th at 6:00 pm in the Bowman Room at City Hall (50 Dickson St., Cambridge).

The city determined that use of a ranked ballot in the 2018 municipal election would not be appropriate due to lack of understanding. The information session is a first step to raising awareness of what the use of a ranked ballot would look like as opposed to the current first-past-the-post system for electing members of city council.

The province committed to making the use of the ranked ballot available to all municipalities in the province in 2018.

I strongly urge anyone to attend the information session on Wednesday. It would show those on council that the citizens of Cambridge are engaged on the subject and hopefully will spur them on to act.

In my last post on ranked balloting, I explain how a ranked ballot would better reflect voter intentions and would ensure those elected to represent us on city council reflect the will of the voter.