Table For Two: An Ode to The Stables 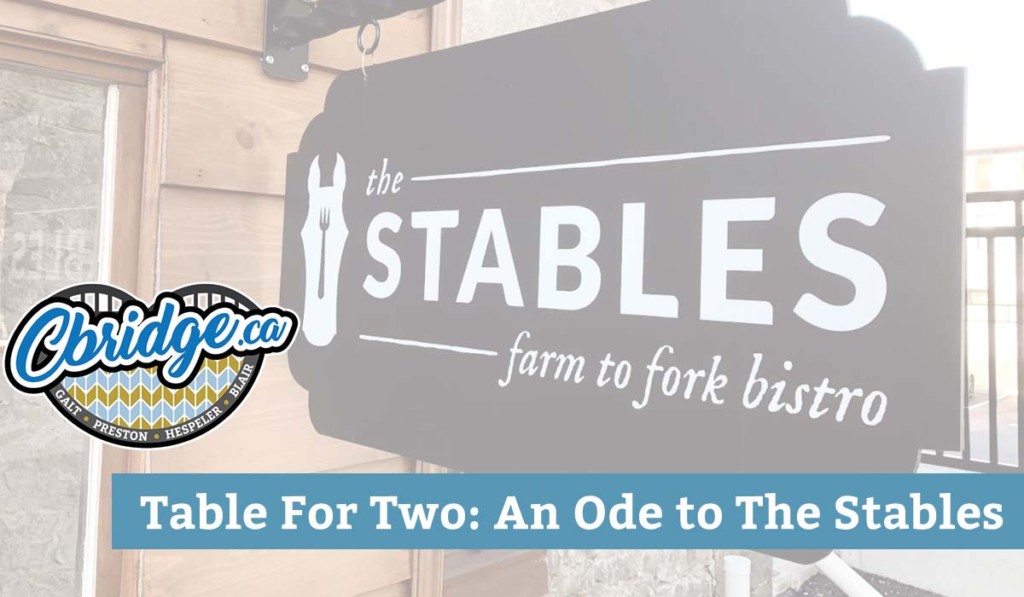 Unfortunately one of their first segments ended up being for naught, as not too long after they filmed the segment at Hespeler’s The Stables: Farm to Fork restaurant, it closed. According to their Facebook page they had a family emergency come up and it resulted in the business closing up permanently.

We here at the blog we had some interactions with Ryan and Genevieve after we named them the top breakfast stop in Cambridge.

This actually meant a whole lot to us, as it truly validates what we’ve been trying to do with our blog, show people what is awesome about Cambridge and spread the gospel about things we really love in town. The idea that they saw a tangible uptick in business by being featured in a post was awesome. We were pretty heartbroken to see they had closed due to circumstances despite creating what had become a rather beloved business in a very short time.

Gone But Not Forgotten

I was happy to see Table For Two decided to still produce this episode. It really showed what launching the business off the ground meant to Ryan. Local businesses often aren’t just a way to make ends meet, they’re someone’s dream to be self sufficient, to be their own boss and it takes a lot of blood, sweat and tears goes into getting a restaurant like The Stables off the ground.

We’re definitely looking forward to seeing new installments of Table For Two. We’ve agreed to make the videos available on our site, as they really mesh with the goal of highlighting great stuff in Cambridge. Be sure to subscribe to their channel on YouTube as well to make sure you see the latest episodes when they’re published.