You Know You’re From Cambridge Ontario When… 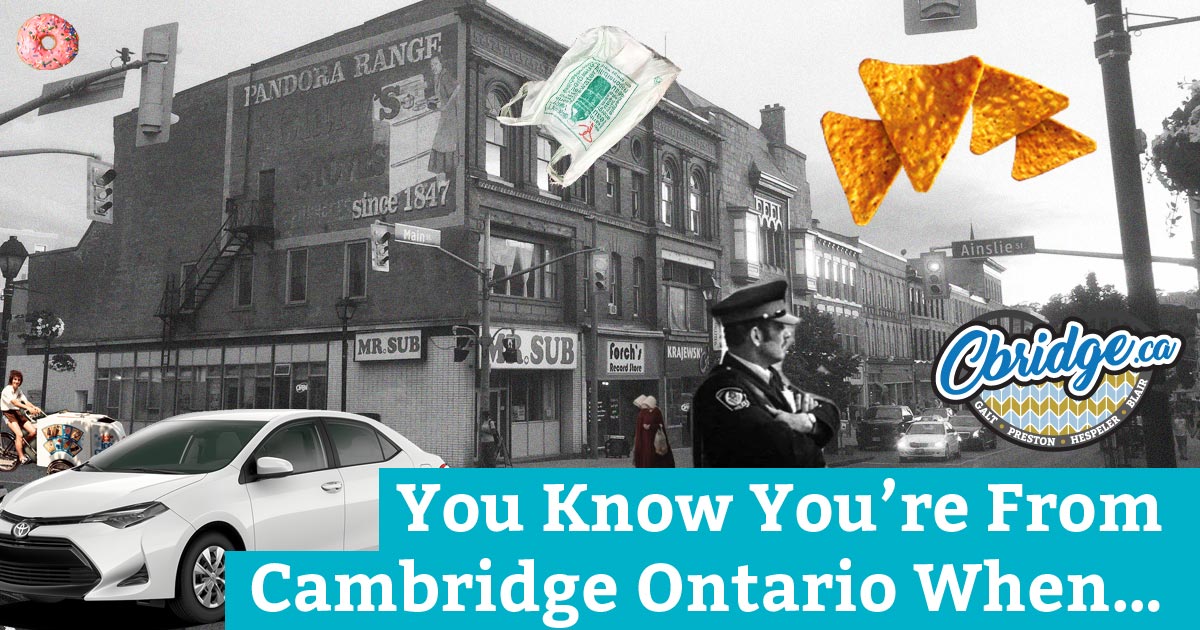 Having been born in Cambridge, Ontario, Canada, I feel that I have a very strong insight into what exactly makes up a person from Cambridge. Being born a couple of years after Galt, Preston, Hespeler and Blair were forced to amalgamate, I know we have our quirks. Even within our own neighbourhoods we have certain things that make us unique not only in Canada, but in this region.

You know you are from Cambridge when…

Think my list is missing something? Leave a message in the comments and let me know your answer to “You know you’re from Cambridge when”.

Here’s a clip of Corina on 570 News talking about the list.