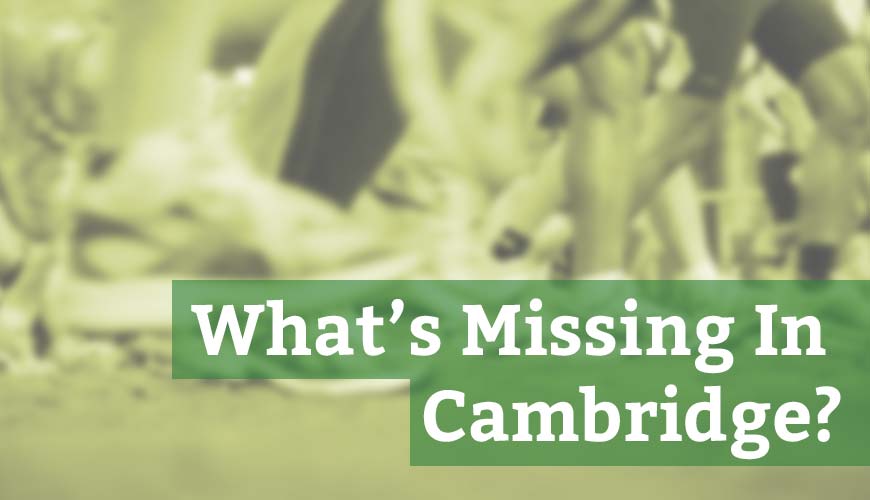 A couple of weeks ago I saw a question posed to social media about what should go into empty retail space in Downtown Hespeler. There were a bunch of different answers and it got me thinking. What amenities does Cambridge need? What do you leave Cambridge to find on a regular basis? I think most people in this region feel we need an actual IKEA(and not that pickup centre they built), so I’ll just leave that one out of my list.

A few years ago I took up running. Being new to the sport I sought out a running group to try and find people of similar running level to myself. I play soccer year round and a few other sports, so I wasn’t entirely looking at beginner level even though I was just starting out. I looked around in Cambridge and had a tough time finding up-to-date resources on groups that met in town. In the end I started going to The Running Room in Kitchener. They had a few different groups for runners of various different levels and I felt pretty comfortable the finding a group that worked for me. The thing that annoyed me was that nothing like this seemed to exist in Cambridge. Sure there were places like SportCheck and National Sports to buy shoes for running, but there wasn’t anywhere that really served as the centre of the community for runners in Cambridge. I did once meet up with a group that met at Hespeler Arena and was totally out of my depth. It was a group of pretty experienced runners and I pretty much felt like dying after that run. It would be really nice if there were a running shop in Cambridge that could serve a similar purpose to the one I’ve been to in Kitchener. Serve as the core of Cambridge’s running community and offer a few different levels of running groups for people to join.

Growing up in Brant County through the formative years typically meant hanging out with friends until all hours of the night. What this often meant was late night runs into Brantford to get food at 2am from Admiral Submarine. This place is an absolute Brantford institution. If you wanted the most ridiculous flame grilled double hamburger and a small fries that would be an XL at pretty much every other place on the planet, Admirals was the place to go. If it wasn’t Admirals there was Imperial Submarine and more recently Lonnie’s. Basically if you wanted late night food in Brantford, there were certainly options. When I moved to Cambridge this was something that seemed to be missing. You can certainly get food at 3am from place like McDonalds and sometimes Burger King and Wendy’s, there isn’t that late night institution so to speak. This may be more of a reflection of Cambridge not really being a college town than anything else. Brantford has become a college town, and I know Waterloo and Guelph certainly have late night options. Who knows, with the new Gaslight District project at Southworks maybe this idea becomes more viable as younger tech professionals are drawn to this City.

I’ll readily admit this one probably isn’t for everyone, but since this is my list, I’m going with it. I go to KW frequently enough, but I would say a good amount of those trips tend to revolve around popping into Canada Computers in Waterloo. As someone who has built a few different computers this is definitely something lacking in the area. There are certainly computer repair shops in Cambridge and a few shops that sell a small amount of computer components, none of them come anywhere close to having the components on hand that Canada Computers tends to have. Best Buy has some components, but as soon as you get past the basics of hard drives, ram and monitors they don’t have much in-stock. I would love to see a location of Canada Computers come to Cambridge. I could easily see it slotting into a retail space on Pinebush Road, maybe in where 2001 Audio Video used to be.

What do you think Cambridge is missing? I’d love to hear about it in the comments.