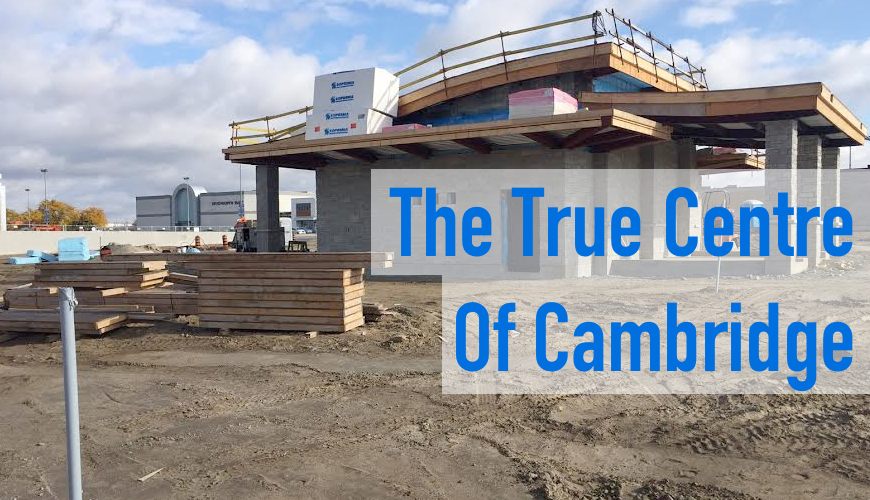 If you asked someone from Cambridge how many cores the city has the quick answer would be 3, Galt, Preston and Hespeler. This is natural, these were the 3 areas amalgamated in 1973 to create Cambridge and the downtown cores that exist to this day over 40 years later.

While this is technically the right answer, it ignores the 4th and quite possibly the biggest core in Cambridge, Hespeler Road. Located at the geographic centre of the city, many people would just as well ignore the fact the Hespeler Road core even exists. There is no business association that governs the area like the ones exist for the established downtowns. There is no master plan that governs how the area has grown over the years. It originally was just the space that existed between Galt, Preston and Hespeler.

Much of the development just built around the cruft you’d usually find at the edge of town, like the flea market and car dealerships. 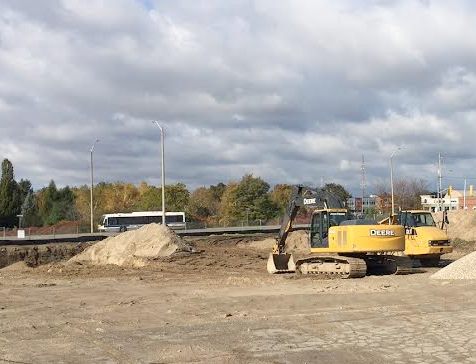 And therein lies the problem. Hespeler Road has grown exponentially in the last 40 years without oversight on the where, what, why and how this development occurred. Much of the development just built around the cruft you’d usually find at the edge of town, like the flea market and car dealerships. These all exist at the physical centre of Cambridge. Where a traditional downtown should exist the City of Cambridge has allowed an area to develop that has been classed as the third worst in the World for walkability.

I wrote to the Cambridge Time a few years ago about redeveloping the stretch between Can-Amera Parkway and Dunbar Road as a transit hub/public space. Recent developments have rendered this idea mostly unheeded, as there is a GRT hub being built into the already crowded parking lot of the Cambridge Centre, and now there is land being cleared at Dunbar and Hespeler Road another strip mall. Cambridge needs more strip malls on Hespeler Road like Donald Trump needs more spray tan.

While it is good to see an area that was an empty lot that once upon a time was a gas station and a car rental place is now being redeveloped into something, it’s unfortunate it’s just more of the same that already exists. I noticed the Cambridge Chrysler Dodge lot had sold sometime in the last year, so I can only assume it’s going to be developed into commercial space for lease. This is unfortunate mostly because this is the area that offers the most potential for redefining Hespeler Road. In a poll on the Cambridge Citizen Discussion Group on Facebook talking about where the new multiplex should be built back in April, the location between Can-Amera and Dunbar was the winner going away. 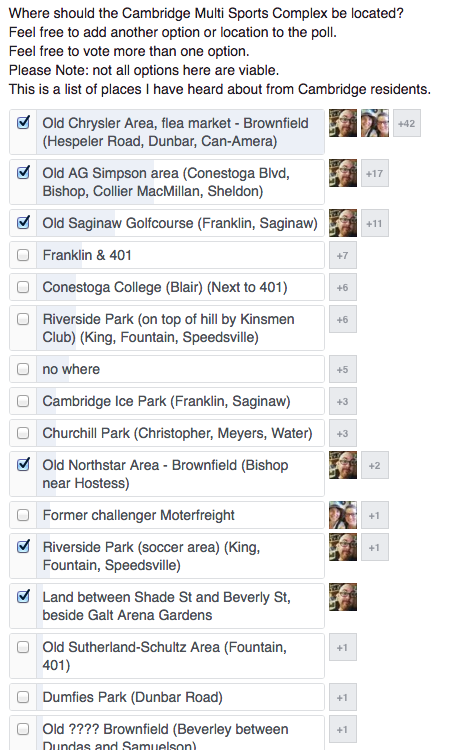 While this is a small sample size, it was pretty eye opening that not just a small portion of the group had their eyes on reimagining this area of town. And just last week Kevin Olesik who wrote in to the Cambridge Times advocating this very same thing. While not without cost and complications, it would be absolutely amazing if the City found a way to build the multiplex where the flea market is today. It would improve the core of the City so immensely just by subtracting the stuff that currently exists there and actually creating public space at the centre of the City.

While not without cost and complications, it would be absolutely amazing if the City found a way to build the multiplex where the flea market is today.

The reality is this area of Cambridge is an embarrassment. It’s at the very core of our city and the corridor with which most people from out of town travel through to see our city. It is literally the first impression you get if you hop off the 401 at our largest exit. The City Of Cambridge needs to work to make Hespeler Road more workable, in the same ways they’ve worked to improve the other downtowns. It really is the core of our city and shouldn’t be ignored any longer. It needs to be made more walkable. More cycleable. More liveable. While many of the businesses on Hespeler Road are major retailers and the opposite of supporting local businesses, they’re still your neighbours working there making a living. Ignoring Hespeler Road like it doesn’t exist isn’t the tact we should be taking as a City.