The Handmaid’s Tale comes to Cambridge 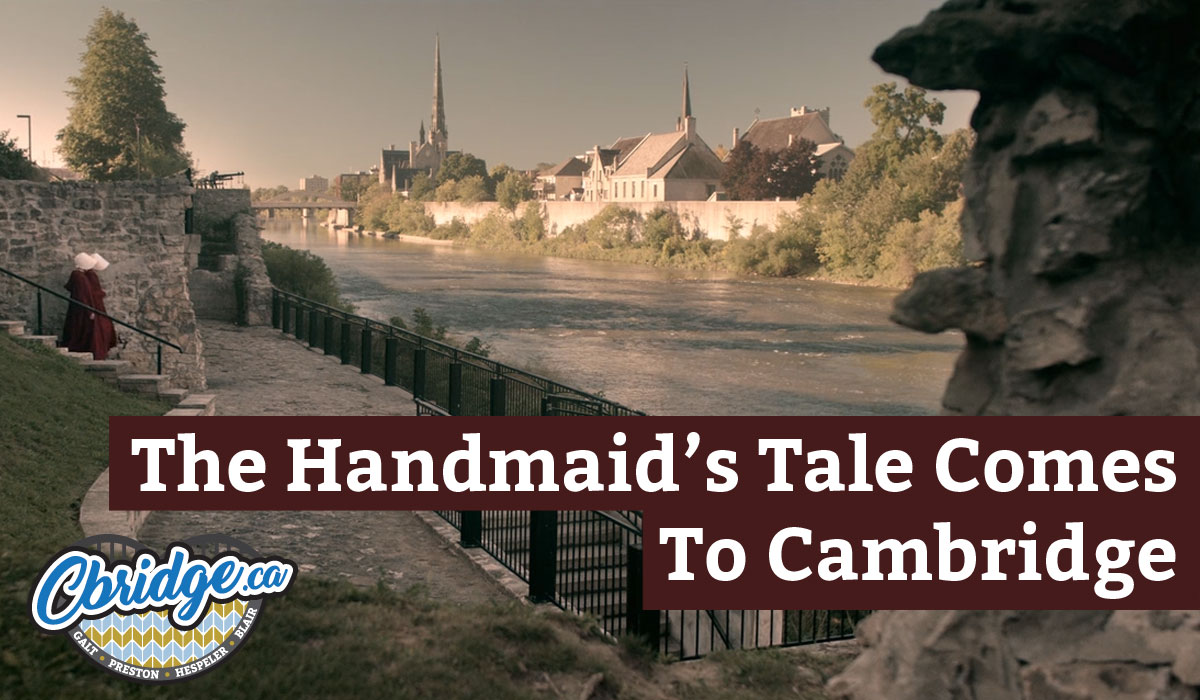 Yesterday the adaptation of Margaret Atwood’s 1985 dystopian novel, The Handmaid’s Tale, premiered in Canada on Bravo. There was one scene in episode 1 that prominently featured Downtown Cambridge, Mill Race Park in Galt. I don’t want to spoil anything in the episode, but here’s a few beautiful shots of our fair City. The shots feature Elizabeth Moss(Mad Men) and Alexis Bledel(Gilmore Girls) walking along the public walkways along the Grand River. The shots look gorgeous and definitely show why Cambridge is becoming a hot destination for many Hollywood productions.

As a forewarning, some of these photos do contain spoilers. I’m updating this post as the show airs in Canada, so I’ve been trying to highlight the parts shot in Cambridge without giving too much away.

Photos From The Handmaid’s Tale Filmed In Cambridge Ontario View down the Grand River towards Main Street Walking by the Grand River in Mill Race Park Reflection in the window Elizabeth Moss with CIBC building in the background Looking South down the Grand River from Main Street bridge Here’s the official trailer for the show. You can catchup on this week’s episode using BravoGo in Canada.

Update: Found this cool behind the scenes video of shooting from October 2016. Beware there may be some spoilers in this one, so consider yourself warned.