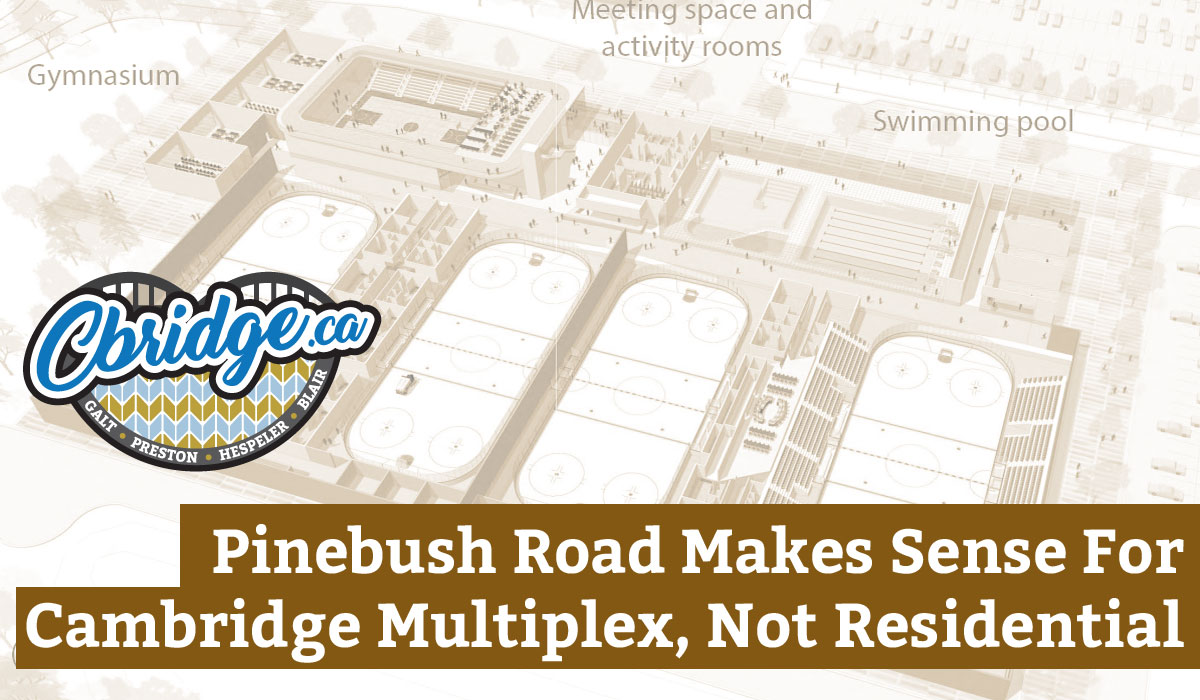 Last week at council a proposal to rezone one of the potential multiplex sites, the one located at 0 to 112 Pinebush Road was put forward. The developer proposed to build 558 residential units on the property. The land is currently zoned for commerial/industrial and was only purchased 2 years ago for $1.9m

This proposal is straight up ridiculous. The developer wants to build a residential area that is essentially an island onto it’s own as far as residential, as it’s surrounded on all sides with the Walmart Smart Centre and industrial warehouses on Struck Court.

This project isn’t adjacent to any schools, with the closest being a 2.4km walk. Kids kindergarten to Grade 8 would be eligible to take the bus to Hespeler Public. St. Elizabeth Catholic School is even further at 4.1km away. As I recently outlined, it’s a pedestrian nightmare crossing the 401 at either Hespeler Road or Franklin Boulevard. While the Franklin bridge is being rebuilt at some undetermined time in the next few years, this section of town simply isn’t built to accomodate residential. As anyone who’s tried to turn left out of Struck Court before can probably attest, traffic already sucks there and will require a light sooner or later. There’s no parks or greenspace, so all that would have to be built as well.

I recently spoke with a stakeholder in the area and they stated they’d much prefer the Multiplex be built on that land than see this residential project. While both projects would increase traffic in the area, a Multiplex actually has synergy with the adjacent shopping centres. I’m almost surprised we haven’t seen the businesses in the Smart Centres lobbying for that location. Many of the grievances about the Conestoga College Multiplex site centred around the idea that people would spend their money in Kitchener since those amenities would be closer than those in Cambridge.

A big issue council had with the project was a large amount of illegal clear cutting that occurred on the property. I have it on good authority that this happened back in August 2015, which wouldn’t be too long after the property was acquired. According to the Cambridge Times estimate, up to 8 acres of mature trees were lost when this happened. As tends to happen with this type of stuff, nobody in the area questioned it, figuring it was all above board. 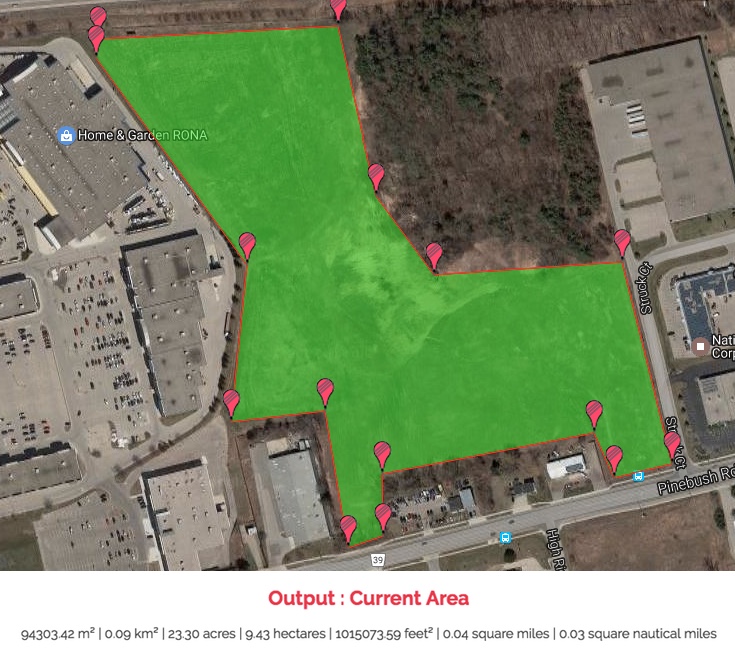 A Firm No Here

I implore council to say no to this developer. This project makes so little sense for Cambridge and without a zoning change these developers are screwed. They claim the land is worth $36m, which is a total load of garbage. Offer them a fair price for the land they paid $1.9m for 2 years ago and maybe they can overlook the illegal the clear cutting violations they committed.

There is enough land there, even keeping the greenspace to build the Multiplex to the Council spec of 17 acres and still have additional space. Maybe the developer can build that proposed hotel then mentioned in their presentation. That would make tons of sense for this land.

This is a great site for the Multiplex and definitely shouldn’t be removed from consideration as the developer has requested. It’s on a road that can handle volume amounts of traffic and already features bike lanes and sidewalks. The site is along existing transit routes. It’s within reasonable walking distance to a proposed LRT stop. There are lots of shopping amenities nearby that out-of-town families can go shopping and find a place to eat between tournament games. It checks many of the boxes that Council wanted, including easy access to 2 different 401 exits. The land is reasonably shovel-ready without many of the environmental concerns that the Conestoga site has. I genuinely hope Council makes the right call on this.