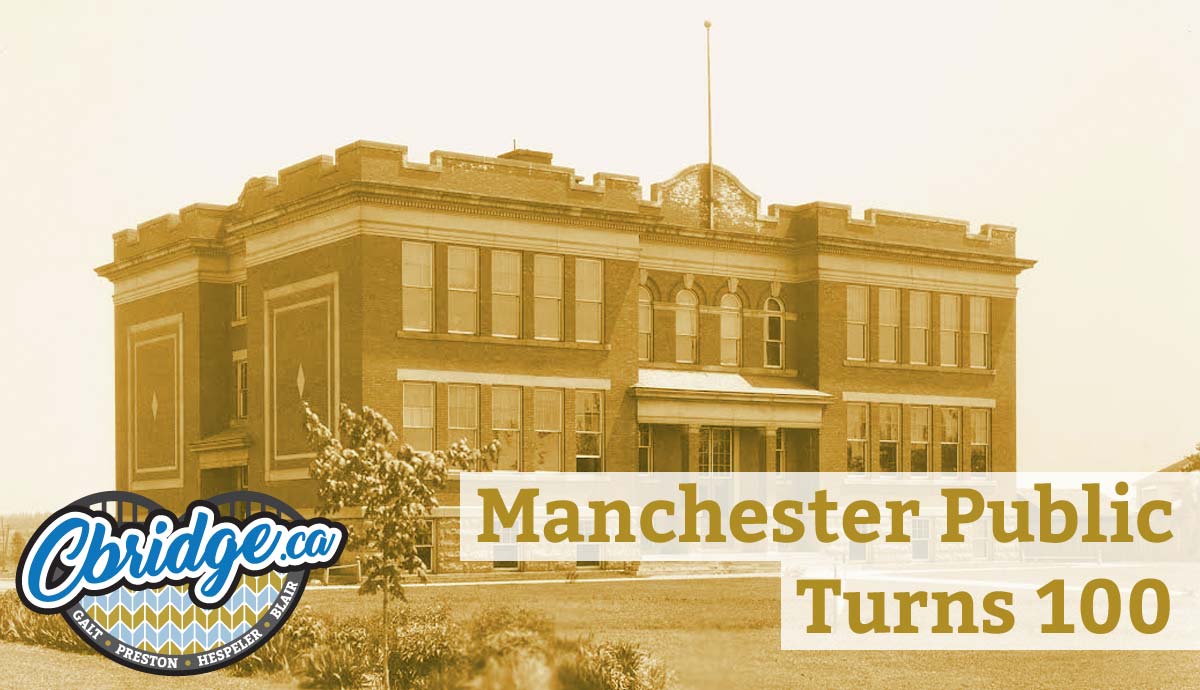 Panthers of all ages are being asked to come back and mark the last century of the school’s operation on Saturday, May 6th. Between 1:00 pm to 4:00 pm guests are invited to enjoy an open house at the school including themed areas marking the school’s architecture and expansions, student and staff memorabilia and local dignitaries. Top cap off the day, tickets are now being sold in limited quantities for a social and dance from 8 pm to 1 am at the Galt Legion.

Many Additions Along The Way

Located at 455 Dundas Street in the Galt area of Cambridge, the school has gone through some transformations over the years. 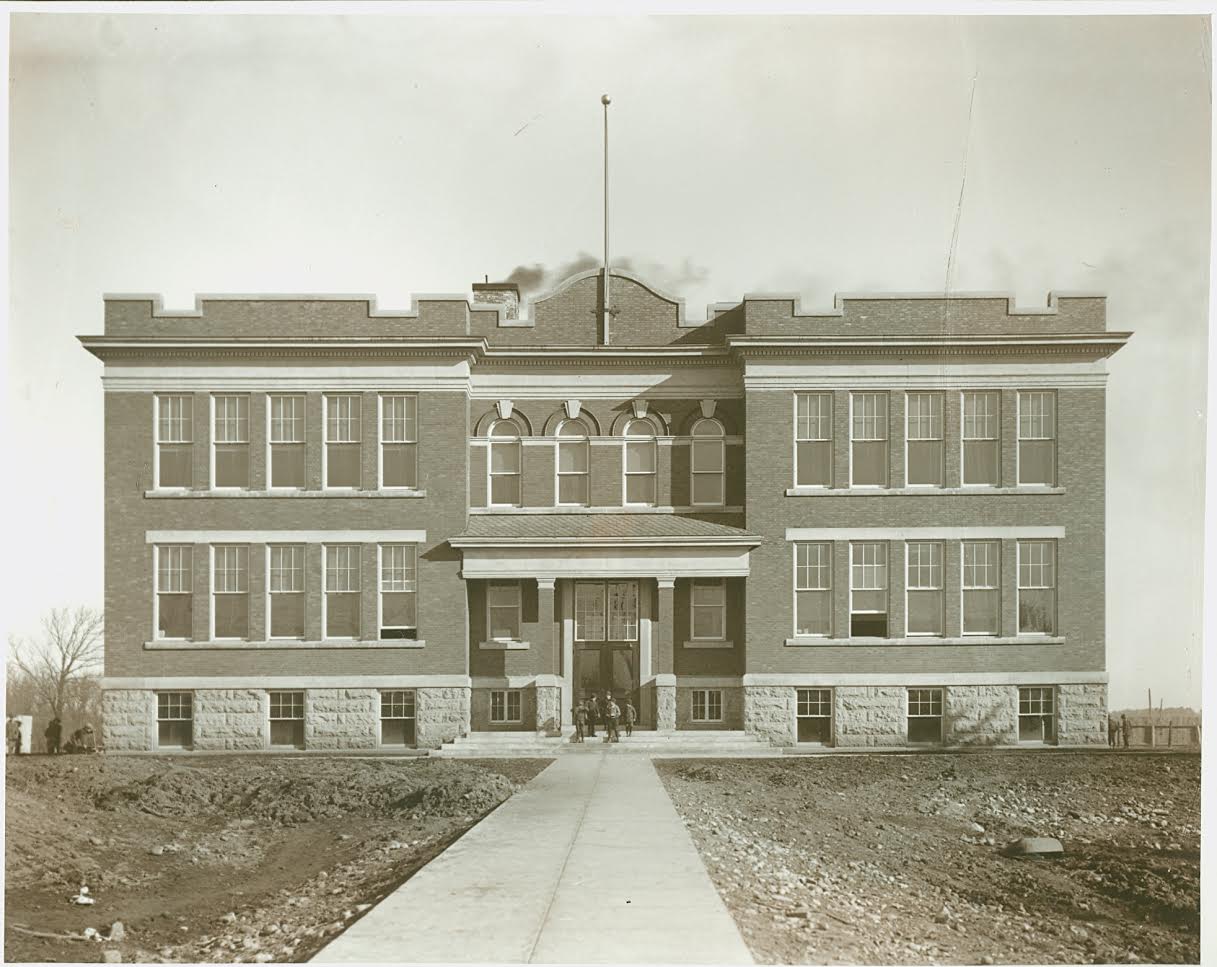 I attended Manchester from kindergarten in 1983 until my grade 6 “graduation” in 1992. Some of my favourite early memories centered around school. Even though I was often referred to as someone’s sister, I was able to really come into my own at Manchester. I was a tomboy – never afraid to get dirty jumping off the creative, or getting muddy in the playing field behind the school. I always brought my skates (when the school had an ice rink) and loved playing four-square or Horse against the side of the school.

Wearing black and gold at the skating races every year truly was the highlight of my time at Manchester. I can still hear the sound of the “clap” echoing in my mind and the feel of adrenaline shooting me off the starting line. After falling once in kindergarten and getting 2nd place, I vowed to never lose again. Skating was my favourite thing to do and I was never prouder to show off my 1st place ribbon every year after that.

My class was one of the first groups of students to begin taking French courses at Manchester under the tutelage of Madame Blakeley. Madame Blakeley was memorable for many reasons, but what has stuck with me and my classmates was that she gave every student in her class a French name. My name became “Collette” and my friend Steve became “Ettienne.” Madame introduced us to “Telefrancais” and really worked to make learning languages fun. She wasn’t just a French teacher, she was also a very talented songwriter. Madame Blakeley is credited as writing the Manchester School song:

If you ask anyone who attended Manchester during the 80s and early 90s, there is one name that will always stand out – Mrs. Fox. Sue Fox was the librarian you all wish your children can get to know and love. She encouraged everyone to read and to learn. Her kind heart touched me in a way that I fostered my love of stories. Having her manage the reading buddy program, also allowed me to share that love with younger students, encouraging them to explore the world through reading. It was why I didn’t hesitate to reach out to her when I had outgrown my very large collection of Christopher Pike and The Babysitters Club books. Donating them to the school was one of the easiest things I have done. 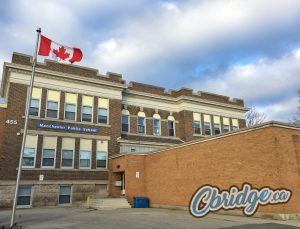 In high school, I returned to Manchester for my co-op as a teacher’s aide. I was placed in a portable classroom outside of the school and had the pleasure of helping with some of the most interesting students I had seen. Being on the other side of the desk, I was able to see similarities with students in my own classes growing up. I saw students that loved sports like I did, or were into art like some of my other classmates. It gave me a massive amount of appreciation for all the hard work teachers put in and almost convinced me to become a teacher myself one day.

I’m looking forward to returning to Manchester Public School on May 6th, 2017, to walk the halls with my classmates and share a little piece of myself with my husband and daughter. I look forward to showing them just how special the old school with heart really is.

Get Involved In The 100th Anniversary

If you are interested in learning more about the reunion, helping out with the planning committee, donating to the event or getting tickets to the social and dance at the legion, call the school at 519-621-8240.

Manchester Public School students from 2005-2006 come together in this photo collage from Lifetouch, truly showcasing how students can make a school.