Downtown Cambridge Transformation Is A Process 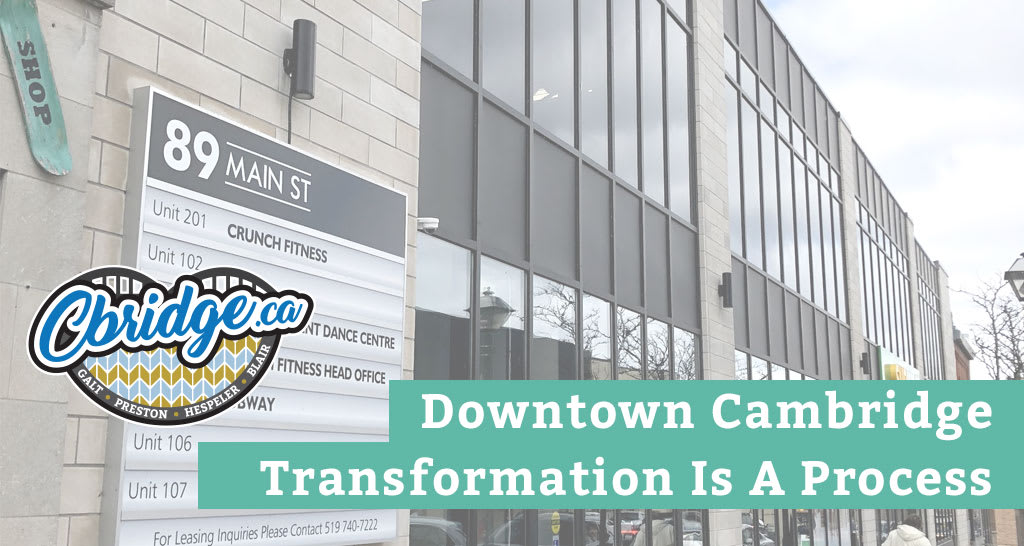 Something I’ve noticed a lot lately is negativity pointed towards Downtown Galt. Be it the library project in the Old Post Office building, the pedestrian bridge, the Gaslight District or the state of Main Street, it just feels like there’s a lot of lingering bad vibes that feel rather misplaced. Maybe it’s just this never-ending winter, but people need to be patient with the transformation that’s going on right now.

Brantford’s Downtown Serves As A Guide 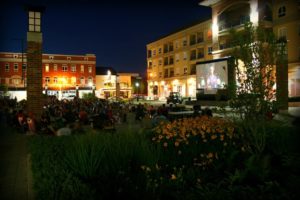 Having lived my formative years in Brant County, I spent lots of time in Brantford. Now Brantford’s downtown was once infamously described as “The worst downtown in Canada” by the City’s own mayor. It was genuinely a crappy place back in the late 1990s, when the effects of a downtrodden local economy and bad city planning served to make it an absolute ghost town. It was to the point horror movies like Silent Hill were using their downtown as a scary backdrop for their productions because they could cheaply make a movie without much post-production work.

Brantford didn’t sit idle and let their downtown decay. They made a series of proactive steps to improve their downtown. They allowed Wilfrid Laurier University to set up a satellite campus and the space to grow into many of the previously empty buildings. They built one of the first casino’s in Ontario not too far from downtown, then used some of the revenue to help revitalize the downtown core. They cleared a large swath of downtown of create Harmony Square, a large community space in the heart of downtown. They controversially knocked down one of the longest stretches of pre-Confederation buildings in Canada, simply because there was no way they were going to spend the money to restore the properties and their existing state was a public hazard. All these moves in tandem genuinely helped revitalize their core. This process didn’t happen overnight. It was something that took 15 years of hard work to achieve. Brantford now serves as an example of how to revitalize your downtown instead of a cautionary tale. 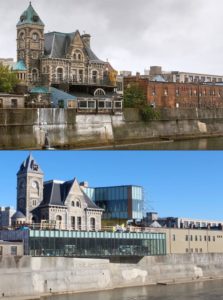 Well how does this relate to Cambridge you might ask yourself? If you squint your eyes a bit you can see some similarities in their approaches. Brantford’s downtown is partially anchored by the Sanderson Centre, a 1,125 seat theatre that draws performances and tours from all over the world. My wife and I went to see the Trans-Canada Highwaymen there last Spring. We were able to sit on a nice patio beforehand, have a drink, then take in a pretty good show all a stones throw away. In Cambridge we’ve built the Hamilton Family Theatre and are planning on building something very similar to Harmony Square in close proximity to the theatre in the Gaslight District. Harmony Square is often used in a fashion similar to how our City Hall is used, hosting festivals, movie nights and other public events in the public space surrounded by historic architecture. We have the University of Waterloo School of Architecture, and Conestoga College setting up shop in the tech incubator portion of Gaslight. Brantford also has an existing library downtown that they’re spending money on refreshing. That branch repurposed an existing building, much like Cambridge is doing with the Old Post Office.

This year seems to hold a lot of promise, as a few of these projects will be coming to completion. The Old Post office is scheduled to open in Summer 2018, clearing up much of the eyesore and headache of heavy equipment on Water Street and freeing up more parking across the street. The pedestrian bridge will make its long awaited opening. I’ve heard on good authority that the booming local filming business has been itching to use this new bridge as a filming location, which in turn will help offset the cost of building the structure.

On one of the Facebook groups I follow there was a recent conversation about Main Street and a bunch of empty storefronts. Now on its face it looks bad, but there is certainly some additional context needed.

A place like Bake Shop On Main moved, not because business was bad, but because they outgrew their space and moved into a newly renovated store a block up. Iris also recently moved out of their space and is now sharing their space with E-Bolt Music.

While this is just my own observation, my feeling is that the vacancy rate downtown hasn’t increased, it’s more that businesses seem to be opening in different spaces. A newly opened business like the Galt Guitar Shop is in a place that wasn’t previously retail space on Water Street. That stretch of downtown has a lot of very old (and large) retail spaces and could really serve to be renovated.

One of the best examples of revitalization can be found in the old courthouse building. It was given a modern facelift and new businesses like Crunch Fitness, One Movement, Subway and Bake Shop On Main have moved into spaces that simply didn’t exist as retail space before. As we’ve seen with 135 George Street and with Milestone Marketing’s planned renovation of the Right House building, new life can be breathed into these large empty downtown spaces. In my opinion, the owners of empty or derelict properties would be well served to actually renovate these properties if they hope to find tenants.

An Ongoing Process That Is Showing Results 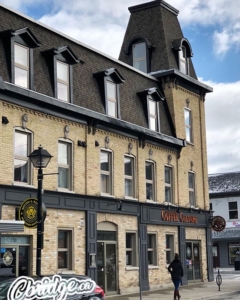 There’s currently a lot of moving pieces at play in Downtown Galt. With large-scale developments already at work, there’s surely more to come with the implied intent to build an LRT extension into Cambridge.

I think people tend to only focus on the negatives and not notice the progress that has happened in our city. Consider that 10 years ago The Mill, Royal Hotel, Agricultural Society Building, the courthouse and Old Post Office were all vacant buildings that are now reinvigorated assets to our community instead of being derelict reminders of the past. Cambridge has made tremendous strides forward redeveloping the core and the future is for the core is coming into focus.

Posted this blog yesterday and today there’s news about the University of Waterloo being interested in expanding in the downtown core. Seems even more evident that the game plan employed in Brantford is being employed here in Cambridge.

News of the proposed University of Waterloo expansion in Downtown Galt was announced this week.  This seems like a great idea and looks to remedy what ails Main Street in one fell swoop. I really hope this proposal has legs, as it’s the kind of bold stroke that got Brantford to where they are today. While locals seem to be quite dismissive of the value students bring by being in the downtown core, there are definitely others that truly appreciate what University of Waterloo students bring to Cambridge.

To my students… I need to speak regarding the heated city wide conversation as to what you, the Architecture students bring to Galt. There seems to be so many disagreements about change versus development, location versus economics, yet a key factor is missing. I think it is really important for you, for the city, to hear right now, you are an asset. The vibrance, the class, the intelligence, the ingenuity & the friendship you bring should not be up for debate. You are not tax dollars, you are not liabilities, you chose to come here and pay to get an education, you are people not kids. I am so grateful for your patronage, our shared laughter, fears and the relationships I have forged with every single one of you. My biggest hope is that one day in the future you can look back at your Cambridge years as a support system that lead you to greatness, and with fondness, remember all of the people who supported your journey. You are my Cambridge.