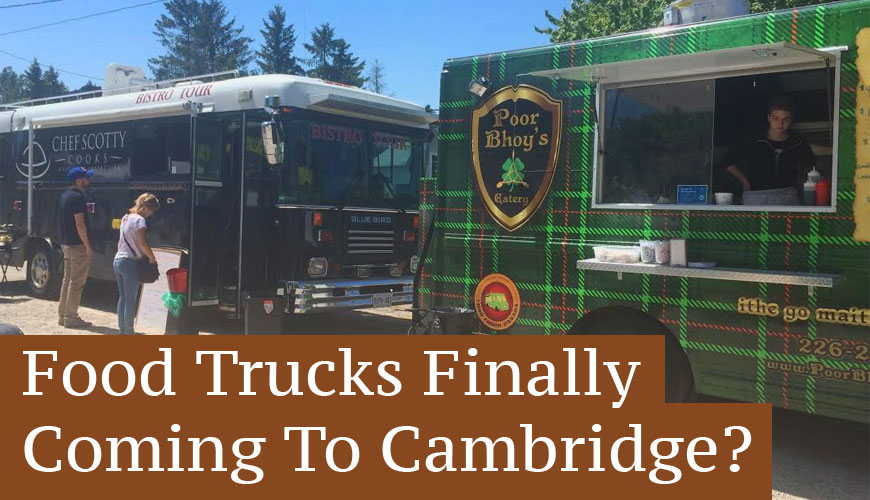 Cambridge has a food truck problem, and the problem is their absence from our fair city. In an article posted today by The Cambridge Times today titled ‘Very damaging’ food truck bylaw on hold until July. The article implies that only one of the 3 BIA association opposes the bylaw changes, with the only outlier being Hespeler. This one quote really jumps out to me.

“The Hespeler BIA is definitely not a NIMBY (not in my back yard) organization. We’re not taking a stance that we’re saying we’re against something. What we want is we want it clearly thought out and … the way it’s written right now is not going to help anybody,” he said.

So in one breath they say that they’re not a NIMBY organization, yet that’s precisely what they’re doing in this situation. Currently the bylaws in Cambridge are so onerous that since the city’s pilot program kicked off there was a single food truck license issued last year. There are numerous food trucks that are owned within Cambridge, but none of them can even justify buying a license to even operate here. 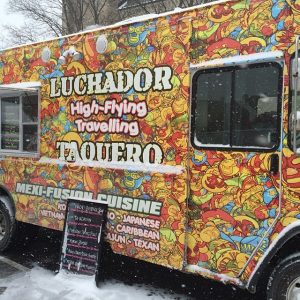 Cambridge has been lagging behind this trend for quite awhile now. The food truck boom started back in 2008 in the United States and has slowly spread North across the border to Canada. The City Of Hamilton relaxed their bylaws back in 2012. In Waterloo new food truck bylaws were enacted in 2013 to allow. In Kitchener the city hammered out bylaw changes in 2013 and further eased them in 2015. Guelph was able to get their food truck bylaws sorted out in 2015.

As you can see many of our neighbours have already done the heavy lifting at the municipal level. They’ve run their pilot programs and all come to the same conclusions. Food trucks are something that are wanted by citizens and are very popular. Toronto has a food truck festival that they sell tickets to and that sells out well in advance. Both Guelph and Kitchener recently held food truck festivals in May. Now the question is, why is Cambridge still dragging their feet when it comes to food trucks? The 2 other cities in our region already have

I have attended many events in Waterloo Region that have featured food trucks and it’s definitely a draw to for crowds. I’m a social media connected guy and these trucks are tremendously popular. Word often spreads organically through social media that a certain truck is open and people will flock there. Around Christmas the Beaver Tails truck was at the Cambridge Centre for a few days and I had co-workers almost falling over themselves to go check it out after sharing a picture on Instagram. 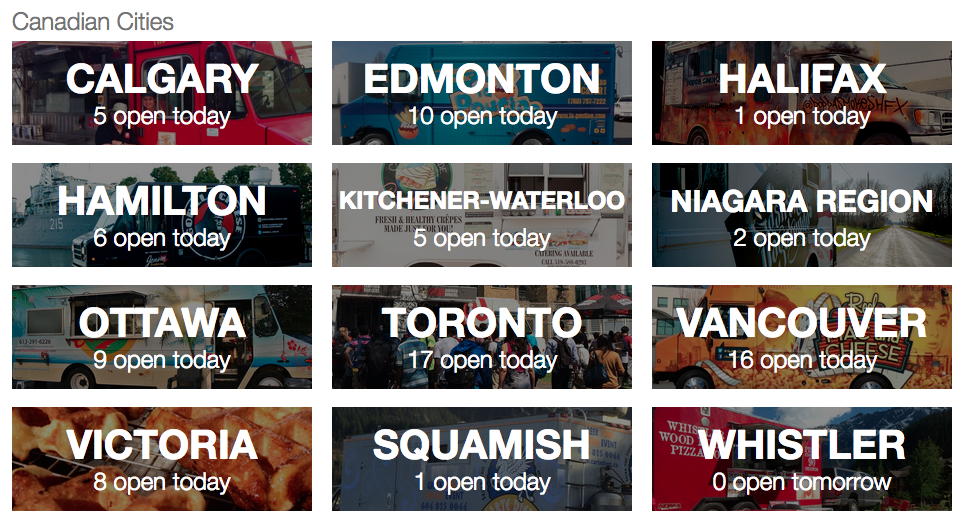 The social committee at my work recently did a poll asking events and things employees would be interested in seeing organized. The top answer by a long shot was bringing in a food truck to our building for lunches periodically. And since that poll nothing could be arranged because of the current bylaws in the city. Our building meets the setback criteria, it’s nowhere near a restaurant or school. Yet since there is only a single licensed vendor in Cambridge they haven’t been able to arrange anything. It’s really unfortunate as it would really be a fun thing to have happen as a workplace event, not just at my employer, but at many others in the city.

What opponents of these bylaws don’t realize is by opposing the changes they’re hurting Cambridge’s economy by not allowing food trucks. I know for years I used to travel to Guelph or Kitchener to their Ribfest events before Cambridge finally got one of their own, which of course has been a rousing success. Food festivals are big business and Cambridge is missing out right now. I’ve traveled to events featuring food trucks in nearby cities, just to check them out. While a food truck might only marginally impact the local economy as far as buying licenses, the idea that if people traveling to other cities to find food trucks there’s loads of money lost from the halo effect food trucks generate. What if someone buys a tank of gas in another town? What if they stop at a convenience store for a drink? These types of transactions cause money to leave the local economy by the simple fact Cambridge isn’t supplying what consumers are demanding at this point.

It’s unfortunate that this bylaw decision keeps getting kicked down the road by city council, being removed from the agenda on June 14th and now scheduled to be addressed July 12th. By waiting until the mid-summer to deal with these issues the City of Cambridge has essentially burned through the prime food truck season. If council does pass the bylaw trucks would have to get a permit and be ready to hit the road. The problem here is that this is the busy season for food trucks and they a booked pretty steadily for weekend events throughout the summer. Expecting that the city will be flush with food truck vendors anytime before 2017 is probably pretty foolish. At that point it will be 4 to 5 years after other nearby municipalities have had bylaws in place. Hopefully by next year this time we’ll be able to snag some Mexican egg rolls or bacon sushi like I’ve tried at food trucks in the past.